Charles Carroll of Carrollton – The Signer 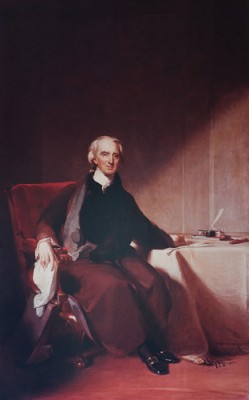 Charles Carroll of Carrollton was one of four Marylanders to sign the Declaration of Independence. Carroll was the only Roman Catholic and the last survivor of all 56 signers dying in 1832 in his 96th year. Charles Carroll and his family played a major role in the framing of the governance of Maryland and the emerging United States. Carroll’s accomplishments and persistent efforts to promote and establish the concept of religious toleration were embodied in the founding documents and laws of our country still used today for “all men who are created equal.”

THE GENTLEMAN – Charles Carroll of Carrollton was born on September 19, 1737, at the Annapolis home of his parents, Charles Carroll of Annapolis and Elizabeth Brooke. As the only child, Charles was not the only heir to the largest fortune in colonial Maryland but to the ancestral legacy and traditions of defending family and faith passed on by the Carroll generations. Young Charles Carroll, known as “Charley” to his parents, was sent in 1747, at the age of ten, to Maryland’s eastern shore, along with his cousin John Carroll, to study secretly at the Jesuit school at Bohemia Manor in Cecil County. By 1749, Charley and John, who would later become the first American Catholic Bishop, were sent to study at St. Omers in French Flanders. Charles was instructed in classical studies in Paris and by 1760 was studying English law at the Inner Temple in London.  Though his mother died before his return,  a refined and well-educated Charles arrived home after 16 years abroad.

On his return to Maryland in 1765, Charles Carroll was given a 10,000-acre land tract called Carrollton, located in Frederick County.  Although he would never live there, Carroll added the word “Carrollton” to his signature to distinguish himself from other Charles Carrolls. In 1768, he married his cousin, Mary “Molly” Darnall, and began major improvements to his family’s urban home and gardens in Annapolis. They had seven children, only three of whom lived to adulthood. Charles, their only son, would later live at Homewood, now located on the Baltimore campus of Johns Hopkins University.

The Carrolls were busy and gracious hosts to such dignitaries and governmental leaders as George Washington and the Marquis de Lafayette. The house and grounds were the scenes for many social events, “humble feasts” and after-the-races dinners. Politics kept the family busy through the Revolutionary War and in 1783, the Annapolis house and grounds were the sites of the Official State Celebration for Peace and Independence:

“Elegant and plentiful dinner provided for the celebration of Peace on Carroll’s Green; … sheep, calves, and whole ox were roasted, liquor in proportion … A convenient, extensive building was erected sufficient for the accommodations of many hundreds. Patriotic toasts were drunk, each attended with thirteen cannon.  After dinner at night, the Statehouse, a superb building, was beautifully and magnificently illuminated and an elegant entertainment given to the ladies at the ball-room …” April 24, 1783, Maryland Gazette

THE PATRIOT – Carroll’s position in the emerging revolutionary politics became clear in 1773 as a result of a series of letters published in the Maryland Gazette. Signing himself “First Citizen,” he publicly debated “Antilon,” the powerful provincial official Daniel Dulaney, on freedom of conscience and the rights of the elected assembly versus the powers of appointed government. Carroll gained public acclaim for embracing the principle that the people are the true foundation of government and emerged as the citizens’ “patriot.” He was then appointed to the Annapolis Committee of Correspondence and Council of Safety. Charles Carroll was soon elected to the 2nd Maryland Convention in 1774, his first elected office. In effect, the ban on Catholics serving in Maryland politics ended with Carroll’s election to the 2nd Convention in November 1774.  In 1775, he became a member of the Maryland Committee of Correspondence and Council of Safety.

Early in 1776, Charles Carroll, Samuel Chase, and Benjamin Franklin were appointed as commissioners to Canada.  Along with Carroll’s cousin John Carroll, they were challenged to enlist Canadian support and alliance in the growing conflict with Great Britain.  Although this delegation returned unsuccessfully, Carroll, with growing prestige, was given credit along with Samuel Chase for their successful efforts to persuade Maryland to instruct its delegates to vote in favor of independence.  He was elected as a Maryland representative and joined the other delegates, from a now unified thirteen colonies, at the 2nd Continental Congress, to sign the Declaration of Independence document in Philadelphia on August 2, 1776.

THE POLITICIAN and BUSINESSMAN – Charles Carroll became active in the formation of the new government for Maryland. He was appointed as a delegate to the convention to write Maryland’s first State Constitution and Declaration of Rights (adopted in November 1776) and became a member of the first Maryland Senate. Carroll was appointed a delegate to Congress in 1777. Carroll was elected President of the Senate in 1783 and would continuously serve in the Maryland Senate (1776 until 1800). His cousin, Daniel Carroll, was instrumental in the framing of the United States Constitution, specifically authoring the 10th Amendment.  As a wealthy citizen of a new emerging Republic, Carroll was interested in financial stability and served as Alderman and Councilman in the city of Annapolis. In 1789, he became one of Maryland’s first two U.S. Senators. Carroll continued to improve and enlarge his Annapolis home and gardens along with Doughoregan Manor (Carroll family country seat in Howard County).

By 1800, Carroll had retired from politics to concentrate on his business affairs. Considered the largest slaveholder at the time of the Revolution, and owning nearly 400-500 blacks, he became president of the American Colonization Society (1828-1831) seeking to solve America’s slave problem by resettling them in Africa. Carroll became one of the founders of the Chesapeake and Ohio Canal Company and invested in the Bank of Maryland, the Bank of Baltimore, and the First and Second Bank of the United States. He held many shares in canal, turnpike, bridge and water companies in the Washington-Baltimore regional area. He purchased $40,000 of state-backed securities to build the Baltimore and Ohio Railroad, serving on its first board of directors.

LAST SURVIVING PATRIOT – Charles Carroll leased his Annapolis house in 1821 and moved to his daughter (Mary Caton) and son-in-law’s home on Lombard Street in Baltimore (now known as the Carroll Mansion of the Baltimore City Life Museums). By 1822, the first sanctioned Catholic Church in Annapolis, St. Mary’s, was erected and built on the Carroll property. In 1826, Charles Carroll of Carrollton became the last surviving signer of the Declaration of Independence with the deaths of Thomas Jefferson and John Adams on July 4th.  Two years later at the age of 91, Carroll laid the cornerstone for the B&O Railroad.  He died at age 95 year on November 14, 1832, at the Caton home. Following a national day of mourning, he was interred at the family country seat, Doughoregan Manor.