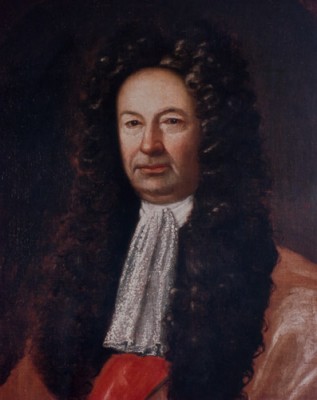 Charles Carroll the Settler, left his native Ireland (Kings County, now Offaly County) because of English discrimination against his faith. Hoping to find a freer existence in the New World, Carroll arrived in St. Mary’s City, capital of the colony of Maryland around 1689. He carried Lord Baltimore’s commission appointing him Attorney General of Maryland and a new family motto: “Anywhere So Long As There Be Freedom.”  Within months of Carroll’s arrival, the edicts of the Glorious Revolution jeopardized the position of Catholics in Maryland and threatened the power of their benefactor, the Lord Proprietor. This haven for English Catholics envisioned by the first and second Lords Baltimore (Calverts) never materialized in Maryland. In 1691, William III removed Maryland from control of the Proprietor and appointed Sir Lionel Copley, a Protestant, governor. Carroll was stripped of his public position and imprisoned for refusing to renounce his faith.

In 1693, Carroll married wealthy Mary Darnall.  He made his first purchase of land within the confines of Annapolis, Maryland’s new capital (having moved from St. Mary’s City in 1694) on the Severn River in 1701.  By 1706, Carroll bought Lots 4 and 5 (on the Stoddert map of 1718) from Henry Ridgley, representing the current site of the Annapolis house. Of equal importance would be the acquisition in 1702 of a 7000 acre tract called “Doughoregan Manor” (now in Howard County) which, along with the urban house site in Annapolis, would become the focal point of Carroll family life for the next two generations. Lots 6, 7, and 8 were acquired in 1717 and would develop into the house and gardens of the latter half of the 18th century. When the Settler died in 1720, he was considered Maryland’s wealthiest and largest land owner. His personal home and property sat with great advantage on the water, off Duke of Gloucester Street, and hosted Catholic Mass, since Catholics were allowed by law to only worship in private.